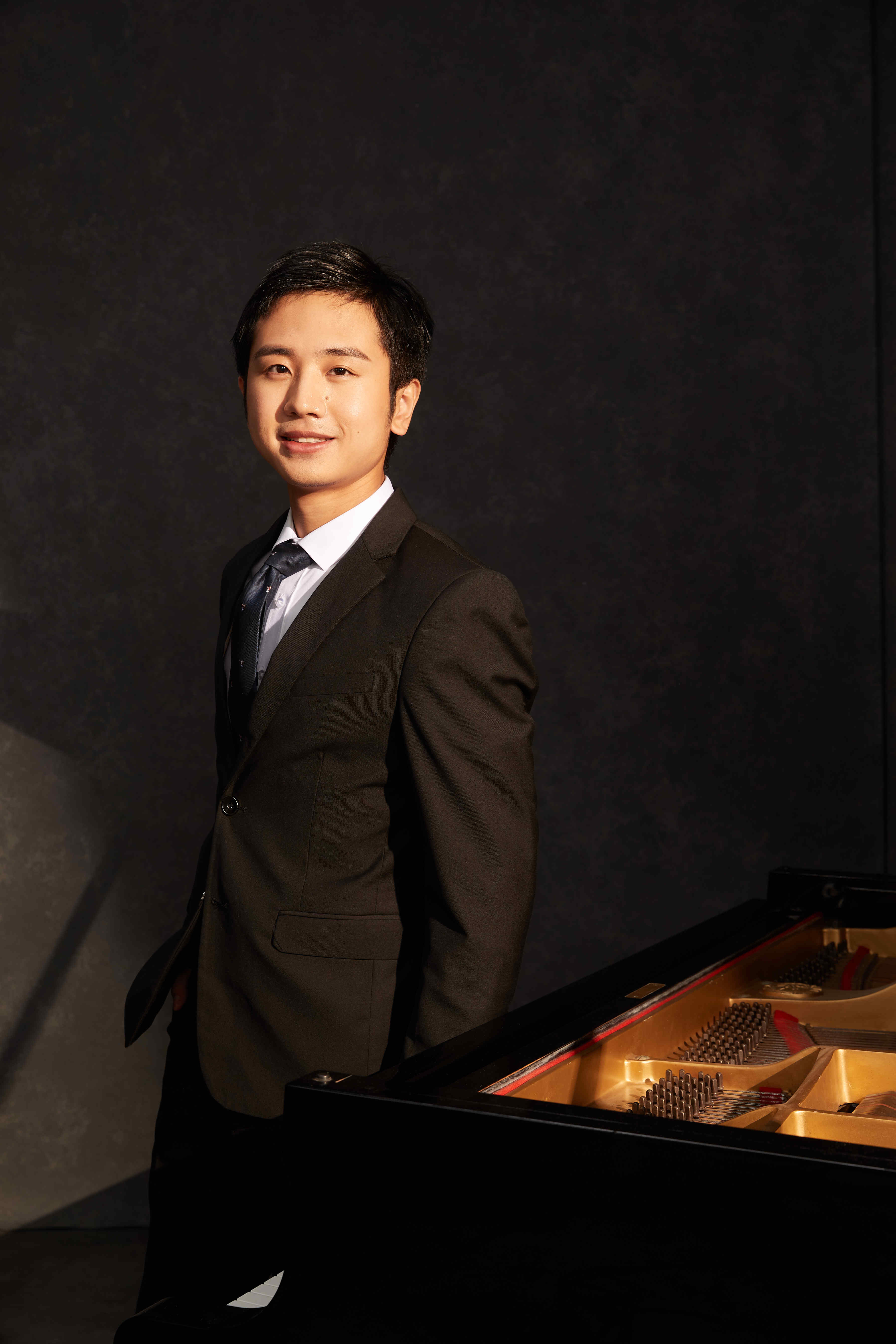 Hello! My name is Qi. I am a fifth year DMA student at the Juilliard school studying piano performance.

I call myself an interdisciplinary researcher. Even though I devote myself as a solo pianist, I have strong interests in many other disciplines. Furthermore, I try to find connections between different disciplines. In particular, I try to borrow inspirations and methodologies from other disciplines to aid my music study. I firmly believe that at some fundamental level, the world is a irreducible whole, of which the understanding must be holistic. Therefore, in addition to specializing in music (piano in particular), I try to cultivate my musicianship as a complete human being. As people normally say, one has to be a human first, then a musician.

Dramatically speaking, I am fascinated by the existence of everything that is beautiful in the universe. I believe that the appreciation of the beautiful is the common root from which interdisciplinary studies are made possible in the first place.

Qi Xu, 25, from Shenzhen, China, is currently pursuing doctoral program in the Juilliard School. During his undergraduate years at Columbia University, Qi explored other disciplines with the intention of facilitating his musical understanding. In particular, Qi was selected in 2014 as a Columbia-Oxbridge Scholar to study abroad for one year at Cambridge University where he read mathematics. With exposure to other disciplines, Qi specializes in approaching piano performance with reason and sentiments combined. As such, during his recital tour in Germany 2015 for example, he was hailed by the German press as “a storyteller and wild riders” (Rheinische Post) who stands in “between drama and charm” (Derwesten).

Qi Xu, a Chinese pianist hailed in his recent concert tour by the German press as “a storyteller and wild rider” (Rheinische Post), stands in “between drama and charm” (Derwesten).

Born in 1994, Qi enrolled in the ShenZhen Art school at the age of 10 under the supervision of Prof. Dan ZhaoYi. In 2009, Qi was accepted by the Juilliard School (Pre-College division) and the Curtis Institute of Music. He attended the Juilliard School and followed Dr. Yoheved Kaplinsky who was the chairwoman of the piano department at Juilliard. Meanwhile, he did his high school at the Professional Performing Arts School (PPAS) in New York. In 2012, Qi Xu entered Columbia University (CC’16) as a John Jay Scholar where he read mathematics. He continued to study piano with Dr. Kaplinsky under the Columbia-Juilliard Exchange Program. In 2014, Qi was selected as a Columbia-Oxbridge Scholar to further his mathematics study in the mathematical tripos program for his junior year at Robinson College, Cambridge University. Meanwhile, he studied piano privately with Prof. Christopher Elton who was former Head of the Keyboard department of the Royal Academy of Music in London. In 2015, Qi was admitted to the Columbia-Juilliard joint program in which he entered his Master of Music study at Juilliard on his senior year of college, continuing his study with Dr. Kaplinsky.

Qi has performed as a soloist all around the world, including North America, Africa, Asia, and Europe. In 2008, Qi won prizes at all four international and national piano competitions he participated, including 1st Prize in the 9th Krainev International Piano Competition (Junior Group) held in Ukraine, and 2nd prize in the 11th Ettlingen International Youth Piano Competition held in Germany, where he was the youngest participant in the senior category (age up to 20). In April 2010, Qi was invited by Television Spain to record a program “Young Soloist” produced by Eurodelta Music which was broadcast sixteen times internationally. In the summer of the same year, Qi was invited as the youngest pianist to participate in Pianofest of the Hamptons. In 2011, Qi won the first prize and the orchestra prize in the 11th Morocco International Piano Competition, where he was the youngest winner in the history of the competition up until this point. During the summer of 2011, Qi participated in the Aspen Music Festival receiving full scholarships. In November of the same year, Qi was invited by WQXR radio station to perform in its “Beethoven Piano Sonata Marathon” program. Qi made his first debut album “Qi Xu plays Beethoven, Liszt and Stravinsky” in November 2013 during his concert tour in Europe, featuring Beethoven’s Piano Sonata Op. 109, Liszt’s Réminiscences de Don Juan, and Stravinsky’s Petrushka. In 2016, Qi is invited as a solo piano fellow in the Music Academy of the West, Santa Barbara. In 2017, Qi makes his debut in Alice Tully hall. Qi is invited as a featured pianist in the 2020 season of the Focus festival, performing chamber music by celebrated women composers such as Zhuang Liu and Ruth Crawford Seeger.

Aside from performing, Qi devotes his passion in teaching and education. Since 2015, Qi has been holding the writing tutor position in the Juilliard school, assisting students in liberal arts and English writing. Currently, Qi serves as a teaching fellow in the Juilliard music theory department, conducting weekly undergraduate classes.

Believing in the power of giving back to the community, Qi uses his spare time and skills to improve his surroundings. Since 2019, he has been taking charge of the library project of digitizing Juilliard’s recording archives, making more than 500 CDs available online to the entire school community. Meanwhile, Qi is a consultant for the “Hear Juilliard” exhibition, assisting in content curation and UX design.